I will be attending Baltimore Comic Con this Saturday! I have never been to this convention so after I saw who was coming, I had to get a VIP pass! I will only be going the one day because I have a few major event throughout the whole weekend, including a music video I will be participating in. So, because I am only going for the one day, I will not be cosplaying but dedicating the time to photography and meeting my hero. 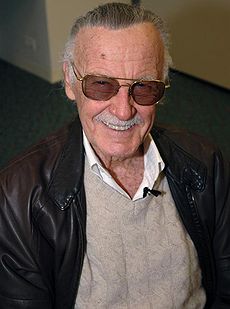 I am so excited about this because STAN LEE is going to be there! He is my hero! When I was a little girl, one of my biggest dreams was to meet Stan Lee. I always imagined what I would say to him if I ever met him. Now that I am going to actually meet him, I’m kind of overwhelmed. What do you tell a man who changed your life? It seems so silly to others that comics would impact a person so much. For me, comics are more than just stories.

I’ll ever forget being left at Sunday school after a lecture of how girls don’t read comic books from the minister because I was reading one of my brother’s Batman comics in the lobby. I was so angry that I just walked out of the church across the street to a really awesome Anime store called “Starland.” It was a really cool store that sold Manga, DVDs, trading cards, and USA comics. The gentleman that owned the place was always so nice to me. I had asked him, I feel so bad that I can’t remember his name, if there were any comics that had women in it. He kindly took my hand and brought me over to the USA comic books section and handed me an X-Men comic book.

No one was allowed to touch the comics in the store unless you were going to buy them but he told me I could read whatever I wanted. It was so amazing to me to read stories of mutant girls who had amazing powers and were able to defend themselves, villains that would stop at nothing until they defeated the good guys, and no such thing as gender barriers.

As I grew up, comics became a huge part of my life. I became obsessed with Thor, Captain America, Spider-Man, Avengers, and everything Marvel. Don’t get me wrong, DC Comics are good but I just can’t respect a comic book company that thought Aquaman was a good idea.

I didn’t realize, as I grew older, that every single comic that I adored Stan Lee was a part of. I remember writing him a letter to tell him thank you for publishing these comics but never had the heart to mail it. I thought he would probably just laugh at it or he got so many letters that he probably didn’t want to read one from a 12 year old little girl.

Now, I have my chance to see him and will try and articulate my thanks in person. I may just freeze up but hey, at least I’ll try!

If you’re going to Baltimore Comic Con, let me know!

To All Old and New My Friends:

I submitted a design for a Marvel Comic Villian T-shirt contest! Check it out! I will be Harassing EVERYONE when the voting starts so be prepared for SPAM! LMAO

Any prize money that I may win will be donated to the Wounded Warrior Project. I’m actually going to ask the WeLoveFine Staff to just send the check from there to the Charity to make sure that this worthy cause gets the money ASAP.

The only real thing that I would love is to have Lunch with Mr. Hiddleston! =D If not, still cool! I’m looking forward to the Voting Session!

You all have a wonderful day! 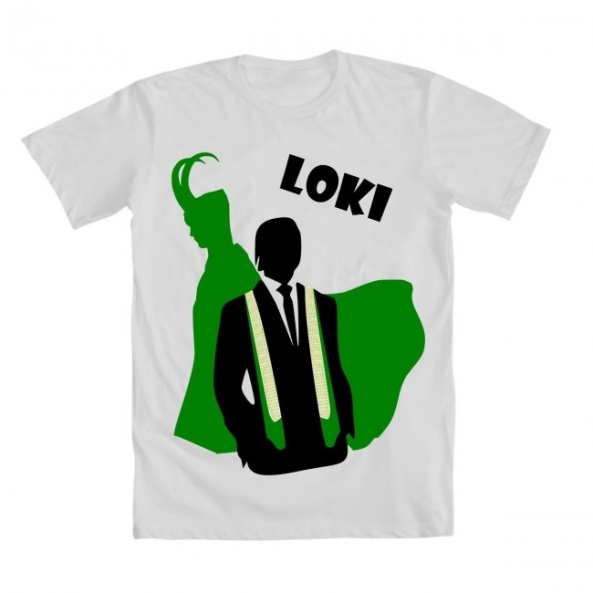 My shirt design made the cut! What a great thing to see while on vacation! Please keep watching for more updates on when the voting poll opens!

Remember, if I win ANY cash from this competition, all money will be donated to the “Wounded Warrior Project.”

Have a great day everyone!

So, I don’t know if a lot of people know what I do for a living, but I work for the Military Medical System. I’m an overrated paper-pusher really 😉

I love what my job does to support the soldiers. My passion is and will always be the arts but I am proud to be a part of a great cause.

So…as you saw in my earlier posts, I submitted some T-Shirt Designs for a Marvel Contest that will be held on We Love Fine http://www.welovefine.com/. The winning prize is $2500. Now, not that I couldn’t use this money; however, if I win, I’ve decided to ask the company to instead donate the money to the “Wounded Warrior Project.” I would rather the money go there than in my pocket. My heart is to give to others who need it most.

The “Wounded Warrior Project” is a nonprofit organization whose mission is to “honor and empower wounded warriors” of the United States Armed Forces. “The Wounded Warrior Project (WWP) works to raise awareness and enlist the public’s aid for the needs of severely injured service men and women, to help severely injured service members aid and assist each other, and to provide unique, direct programs and services to meet their needs.”

These are the two designs I submitted:

They are still being reviewed and haven’t been put up yet. (They might not even accept the designs). Who knows!?

It’s the thought that counts!!!

Have a nice day Everyone!

First: I do not own anything that has anything to do with Marvel. I did this for a contest and for fun.

A few people asked me what images I had referenced to do this shirt design so I thought I’d post the links here.

I designed a “Marvel” Villain shirt! I had to draw it in Inkscape tho so I know it’s not the best and I couldn’t use Helvetica like I would have liked too.

Images below were used as references.

Let me know if you have any questions! Inkscape is a great freeware out there for us poor people so I really enjoy using it. I hate that I don’t have all the features that I’m used to for Illustrator and Photoshop.

Have a great night!

OK, so I was at work and got INSPIRED! I started to draw this idea out for a T-Shirt Design! I used Inkscape because I’m too poor to buy my favorite program, Illustrator.

It was all drawn piece by piece in vector. I am still working on drawing on a computer without a tablet so I know it’s not too good. A lot better people out there but I had fun doing this!

I used some photographs and posters from the “Avengers” movie for Loki’s helmet.

The scarf was the hardest part. I looked at the photo of Mr. Hiddleston in a suit as Loki and didn’t realize how much designing really went into that scarf. So, I drew hundreds of tiny golden circles to get the same effect. It’s close enough. 😉

Let me know what you think!

So, I designed a T-Shirt for a contest and wanted to get some feedback. The rules are that it has to be a Marvel Villian and not look like any of the actors. So, of course, I picked Loki from Thor because he was always my favorite villian in the comics and now in the Movies.

I put this together referencing a scene from the movie, “Avengers.”

Any feedback – good or bad – I take all!